The annual Steel City Shootout lacrosse tournament will be taking place in Middletown’s Smith Park on April 21, 2018. Java Johnny’s will have the privilege of serving our coffee and specialty drinks at the tournament this year. In order to celebrate and prepare for this occasion, we turned to SCS organizer and coach, Phillip Keegan, to get the low-down on this exciting event.

Java Johnny’s: The Steel City Shootout is hosted by Middletown’s very own Falcons Lacrosse Club of Fenwick High School. How long has this tournament been taking place?
Philip Keegan: The event started at Jacot Park as a 20 team tournament in 2006. This will be the thirteenth annual event for the SCS!

JJ: How many clubs typically participate in the Steel City Shootout?
PK: The event has grown to about 30 clubs bringing a total of about 100 boy teams to the SCS in grades K-8.

JJ: What does the Steel City Shootout teach youth about sportsmanship?
PK: Lacrosse in general has been big on respecting the game and a positive experience for all involved. We are governed by US Lacrosse, and several coaches in the area have taken training through the Positive Coaches Alliance, and US Lacrosse coaching training. I have played and/or coached several competitive team sports, and lacrosse is the only sport in which I have been involved that gathers at the conclusion of a game to first cheer the opposing team as a group, and then shake hands individually.

JJ: What is your favorite thing about coaching lacrosse?
PK: Ensuring that each of my players are treated fairly and empathetically to help him enjoy his lacrosse experience as well as prepare him for the challenges he will encounter in his adult life.

JJ: Do you have any advice for parents with kids who are interested in playing lacrosse?
PK: Take advantage of the many beginner opportunities available around the area during the winter to just try it. Most of these programs have loaner equipment to use so they can try it without shelling out a lot of money before they are sure they like it. More times than not, the future player enjoys that experience and winds up giving the sport a try. The program’s first team of ten players started that way in 2003. The Falcons Lacrosse Club offers a program that starts the first weekend of January each year at the Forest Hills Sportsplex.

JJ: Is there anything else about the Steel City Shootout you’d like to add?
PK: The SCS has been a great showcase for lacrosse, which is one of the fastest growing sports in the United States. It has benefitted from a large group of returning teams, some as far away as Columbus, who come to Middletown each year to compete. The format is unique in that we break down each grade level into A and B divisions, and then break each division down into pools of 4-6 teams. Each team typically plays 3 games within its pool, and awards are given in the form of a team trophy and individual medals for the winner of each pool, and a team trophy for second place for each pool. This maximizes the chance for each team participating to win something from its day’s work. This format has proven to be more about fun for the players and coaches than about intense competition, which probably explains the event’s popularity.

Thank you to Philip Keegan for taking the time to tell us a bit more about the Steel City Shootout! We’ll see you there from 8:00AM to 3:00PM on April 21! 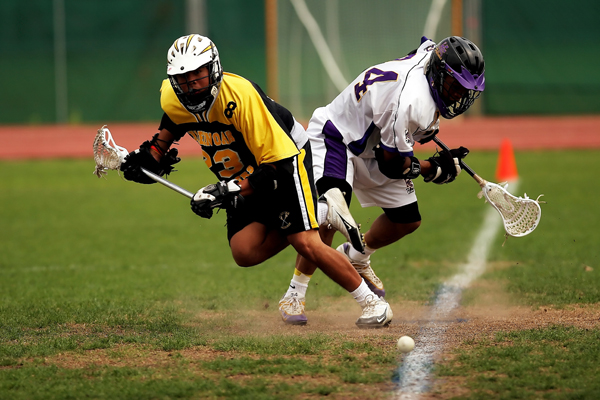